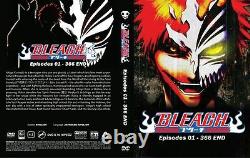 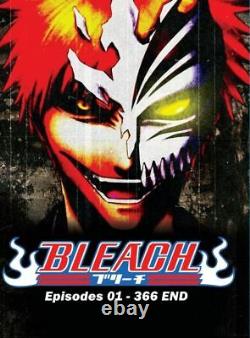 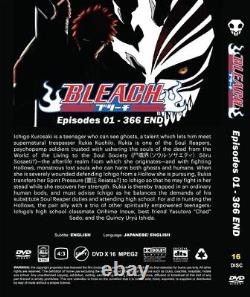 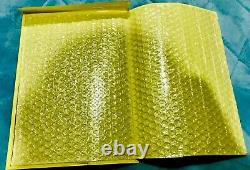 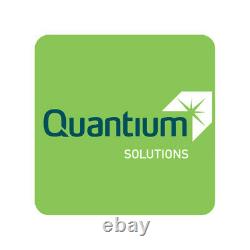 Language: English / Japanese Language. Number of Disc: 16 DVD SET. Brand New & Factory Seal. Ichigo Kurosaki is a teenager gifted with the ability to see spirits. His life is drastically changed by the sudden appearance of a Soul Reaperone who governs the flow of souls between the human world and the Soul Societynamed Rukia Kuchiki, who arrives in search of a Hollow, a dangerous lost soul that absorbs energy from souls.

When Rukia is severely wounded defending Ichigo from the Hollow, she transfers a part of her reiatsu ("spiritual pressure") energy to Ichigo so that he can defeat the Hollow. However, Ichigo takes almost all of her energy, transforming him into a Soul Reaper and allowing Ichigo to defeat the Hollow with ease. With her powers diminished, Rukia is left stranded in the human world until she can recover her strength. In the meantime, Ichigo must take over Rukia's role as a Soul Reaper, battling Hollows and guiding souls to the afterlife realm known as the Soul Society.

As some time passes and Rukia has yet to return to the Soul Society, her Soul Reaper superiors learn about her whereabouts and actions and sentence her to death for performing the illegal act of transferring her powers. A confrontation due to this ends with two high ranking Soul Reapers (Shinigami) injuring Ichigo and taking Rukia to, their world, The Soul Society. Although he is unable to stop Rukia's departure to the Soul Society, Ichigo resolves to rescue her with the aid of several of his spiritually aware classmates, Orihime Inoue, Yasutora (Chad) Sado, and Ury Ishida, and the ex-Soul Reapers Yoruichi Shihin and Kisuke Urahara. Once in the Soul Society, Ichigo and company battle against the elites of the Soul Reaper military and strive to reach Rukia before her execution. It is revealed that Rukia's execution and Ichigo's rescue attempt both had been manipulated by a very high-ranking Soul Reaper, Ssuke Aizen, who was previously believed to have been murdered, as part of a far-reaching plot to take control of the Soul Society. Aizen betrays his fellow Soul Reapers and allies himself with the strongest of the Hollows, the Espadas, whom he enhances. Aizen thus becomes the main antagonist of the series, and the Soul Reapers form an alliance with Ichigo. At this point, Bleach chronicles the war between the Soul Reapers, the Espadas , and Aizen. After Aizen defeats the Soul Reaper captains, Ichigo undergoes intense training with his father Isshin, who turns out to be a former Soul Reaper, in order to become strong enough to battle Aizen alone. As Aizen is weakened by his battle with Ichigo, a spell that Urahara had previously hidden within him activates and seals him, thus ending the conflict and leaving the Soul Society to imprison him.

As a result of using an incredibly powerful attack in order to defeat Aizen, Ichigo loses all of his Spiritual Pressure and becomes an ordinary human. For International deliveries within worldwide are offer. The product's original factory seal must be intact. 1 366 End) All Region Brand New Seal English DUBBED Version" is in sale since Monday, October 5, 2015.

This item is in the category "Movies & TV\DVDs & Blu-ray Discs". The seller is "cksummertoy" and is located in Child Wonderland. This item can be shipped worldwide.