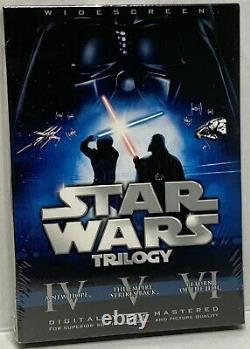 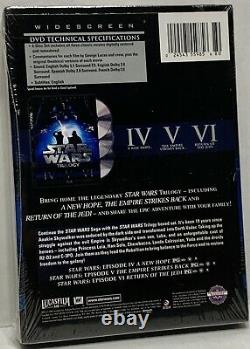 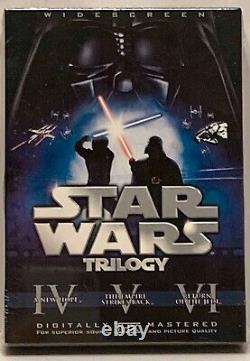 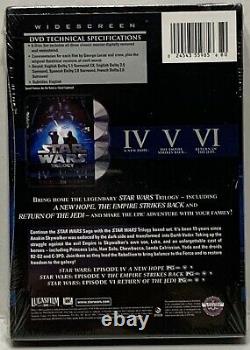 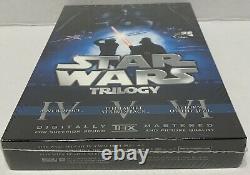 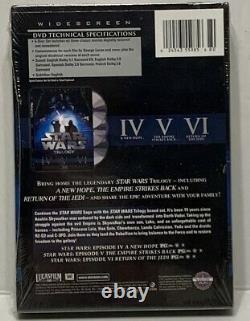 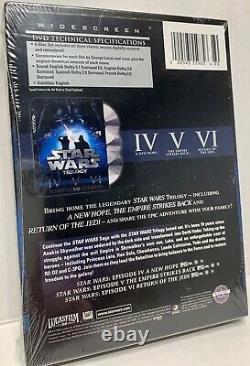 Note: These are the ORIGINAL Star Wars films, Not the Special Edition Versions. Han Shoots First in this version of the trilogy. This listing features the following.

Clean and Quality Packaging From a Smoke Free Home. Please let me know if you have any questions or concerns.

Please check out my other listings. The Star Wars trilogy had the rare distinction of becoming more than just a series of movies, but a cultural phenomenon, a life-defining event for its generation. On its surface, George Lucas's original 1977 film is a rollicking and humorous space fantasy that owes debts to more influences than one can count on two hands, but filmgoers became entranced by its basic struggle of good vs.

Evil "a long time ago, in a galaxy far, far away, " its dazzling special effects, and a mythology of Jedi Knights, the Force, and droids. In the first film, Luke Skywalker (Mark Hamill) gets to live out every boy's dream: ditch the farm and rescue a princess (Carrie Fisher). Accompanied by the roguish Han Solo (Harrison Ford, the only principal who was able to cross over into stardom) and trained by Jedi master Obi-Wan Kenobi (Alec Guinness), Luke finds himself involved in a galactic war against the Empire and the menacing Darth Vader (David Prowse, voiced by James Earl Jones).

The following film, The Empire Strikes Back (1980), takes a darker turn as the tiny rebellion faces an overwhelming onslaught. Directed by Irvin Kershner instead of Lucas, Empire is on the short list of Best Sequels Ever, marked by fantastic settings (the ice planet, the cloud city), the teachings of Yoda, a dash of grown-up romance, and a now-classic "revelation" ending. The final film of the trilogy, Return of the Jedi (1983, directed by Richard Marquand), is the most uneven.

While the visual effects had taken quantum leaps over the years, resulting in thrilling speeder chases and space dogfights, the story is an uneasy mix of serious themes (Luke's maturation as a Jedi, the end of the Empire-rebellion showdown) and the cuddly teddy bears known as the Ewoks. Years later, George Lucas transformed his films into "special editions" by adding new scenes and special effects, which were greeted mostly by shrugs from fans. They were perfectly happy with the films they had grown up with who cares if Greedo shot first? , and thus disappointed by Lucas's decision to make the special editions the only versions available.